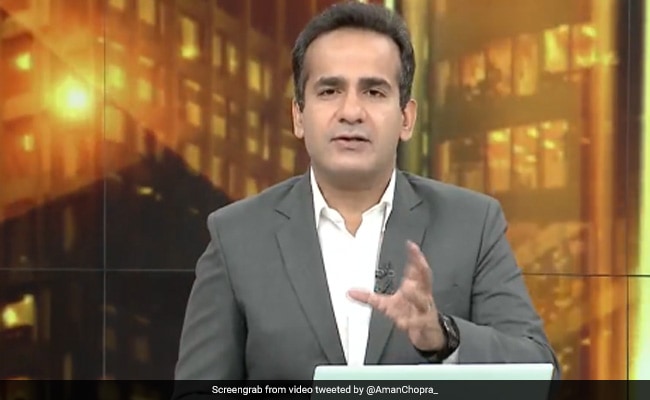 The Rajasthan Excessive Court docket on Tuesday stayed the arrest of Noida-based journalist Aman Chopra, who was booked by the state police over a televised argument over the demolition of a temple by civic authorities in Alwar district.

Additional listening to within the matter is now listed earlier than the Jodhpur Bench of the Excessive Court docket on Wednesday.

Mr Chopra had already stayed his arrest in circumstances registered in opposition to him in Bundi and Alwar districts from the court docket’s Jaipur bench, however confronted arrest in reference to an identical FIR lodged in Dungarpur.

A crew of Rajasthan Police had camped in Delhi’s neighboring Noida to arrest a TV18 journalist in reference to the third FIR.

Now Justice Dinesh Mehta has stayed his arrest in reference to a criticism lodged in opposition to him in Krishna Raj Singhal, a Congress employee at Bichhiwada police station in Dungarpur district.

Particular Public Prosecutor Vineet Jain argued earlier than the court docket that the petitioner’s apprehension on arrest was fallacious and filed a petition in opposition to the keep.

In keeping with Mr Chopra’s lawyer, the court docket mentioned it will resolve the matter after going by the recording of the occasion.

Police mentioned Mr Chopra was charged underneath Indian Penal Code sections 124-A (sedition), 295-A (performing with intent to outrage spiritual emotions), 153-A (selling enmity between completely different teams) and data A case was registered underneath the Know-how Act.

Mr Chopra was accused within the FIR of giving false particulars, stating {that a} temple in Rajgarh city of Alwar district was demolished by the Rajasthan authorities in retaliation for the demolition in Delhi.

Whereas there’s a Congress authorities in Rajasthan, the Rajgarh municipality is managed by the BJP. After the demolition, each the edges leveled allegations and counter allegations in opposition to one another.

(Apart from the title, this story has not been edited by NDTV employees and is printed from a syndicated feed.)